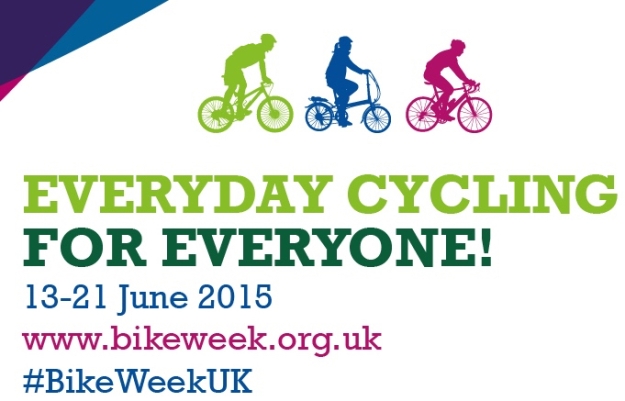 “The bicycle takes gold, silver AND bronze in the race to normalise riding a bike, everyday, for everyone, as long as  you’re on two wheels.”

I’m never quite sure who’s managing Bike Week each year, but I think I’m on fairly solid ground when I say that this year, 2015, the year that they’re officially wrapping up involvement in their latest Inclusive Cycling project, that it’s our national cycling charity the CTC.

I’ve been pointing out this mismatch between words and imagery to anyone who’ll listen for over two years and now I’m tired. Tired that despite great, dedicated people within CTC fighting our corner, the bicycle reigns supreme in any national imagery. Would it kill anyone to draw a picture of a handbike or a trike? Of course not. And that makes the continuous refusal to do so unacceptable.

So here’s the finger CTC. I resign my membership forthwith.