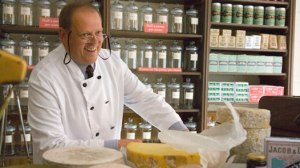 Last night’s episode of ‘Turn Back Time’ was very revealing about human nature.

The programme was set up to produce a cost vs service situation in Shepton Mallet’s High Street, and even though we all know the answer, the result was still dramatic.

We might value highly the social benefits of ‘traditional’ shops, but when spending our money we almost always choose the cheaper option, even if we can afford not to.

It’s our choice, but it seems it’s a choice we have little control over.

The episodes taking the High Street through the ages are still available to view here,

It turns out that Human Geography isn’t about locating one’s navel with a cartesian coordinate system at all. It’s about mapping society, filling in the contours between the haves and have-nots, and identifying the emerging trends.

Professor Danny Dorling has made a career of investigating the human landscape and, speaking last night in The Hollybush, he gave some stark examples of trends which are patently unsustainable; if the life expectancy of women in Kensington and Chelsea continues at its present rate they’ll be the first immortal beings on the planet since Mount Olympus was the centre of civilised Europe.

His book ‘Injustice – Why Social Inequality Persists’ puts into societal context the proliferation of groups such as Sustainable Witney. We’re familiar with the environmental arguments, we’re hearing more about the economics, this is the human angle – a must read for any government wishing to resolve “deep social problems”. 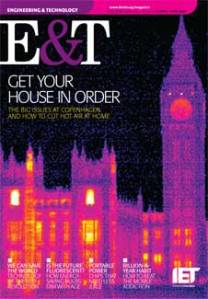 Had a major tidy up yesterday – I have a desk but I only get to see it for a few days every 3 months or so. Under the bike parts, maps and biscuit wrappers I came across this edition of Engineering & Technology that I haven’t had a chance to look at; a pre-Copenhagen special.

Reading it with the hindsight of the weary – post Copenhagen – I took some comfort from their regular “If you Ask Me” feature. Tim Jackson, the economics commissioner for the Sustainable Development Commission, makes some common sense observations on the mutually exclusive aspects of ecology and economic growth.

The SDC will have presented this argument to the government, discussed it over dinner, the ministers nodding sagely at the obvious conclusions, but to what end? Who’s going to break ranks from the dogma of mainstream economic teaching?

Prevaricating long enough, at least as long as the next election, offers the possibility that when the music stops someone else will be holding the parcel. And with the promised agreement at Copenhagen put off for another year, who wants to open it now?